I don’t understand Ripley’s Believe it or Not

Ripley’s Believe it or Not has just opened its doors in Amsterdam so I was curious and wanted to check it out. It was weird. Obviously I already knew it was going to be weird, cause there is one in Los Angeles that I have walked past ten times or something and you can’t miss it cause there is a huge T-Rex coming out of the building. But it just seems a bit useless to visit the museum, cause it is all bullshit. Or is it?

So now that there was one around the corner and now that I could buy cheap tickets, I went there. It is at Dam Square, so at the most touristy place imaginable, which fits this museum perfectly. Everything is in English, I believe the staff is not even Dutch speaking, which is okay, but what I found weird about it, is that often the signs at the museum objects are very thorough in English, and then in Dutch it just says exactly what you see, which is usually pretty obvious, hihi. An example: 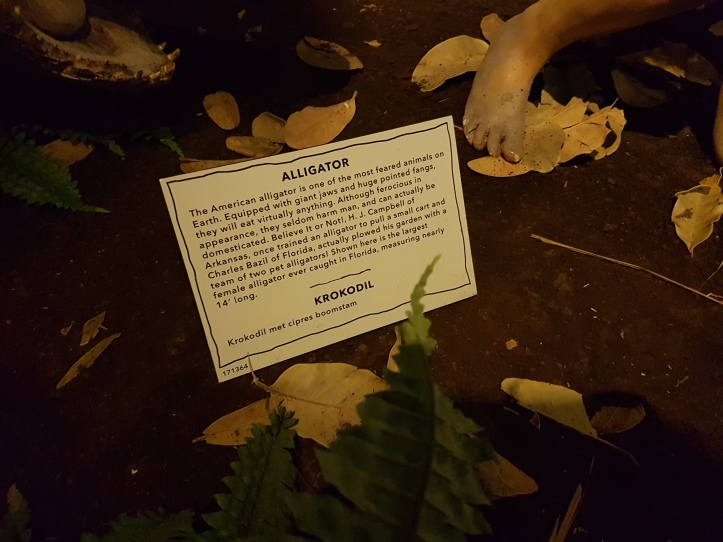 Plus, some things are true Believe it or not-stories, like the three legged soccer player, or a giant man of 2 metre something. But there is also a lot of “art”/rubble kind of stuff, like a horse statue made out of horse shoes, or a collection of belt buckles. It is so random, that it is fun, but you are thinking to yourself: what am I look at, and why? It is intriguing though, to have a full collection of oddities. It is not a coincidence they often call their items “odditoriums”.

As a local I thought it was fun to go to a super Los Angeles/Touristy type of thing, and I do think Mr Ripley is a really cool person, really being into travelling, exploring the world, the “museum” is fun too. But, on the other hand, I would not really want to go to Ripley’s in LA and I am glad I did not. It is not very fit for tourists on the one hand, cause it is not very local. It is all very random and general, which makes it a bit of a time waster if you are visiting a different country. Thankfully there is one in The Netherlands now though, so I could finally see what that Ripley’s Believe it or not is alles about!